This is a collaboration with Paradise Trips, a movie by our friend Raf Reyntjens.

To celebrate the release of Raf's debut feature movie, which - as movies do - cost him a lot of blood, sweat and tears (not to mention mountains of patience), and which coincides with our first steps into the world, we liked the idea to produce a very limited edition collection as a kind of try-out 'original merchandising'.

The face of leading actor Gene Bervoets, who altered his appearance impressively to become main character Mario Dockers, was redesigned to become a main theme of smiley face happiness. We named our character Mario D. and gave him a second life online. Check out #MarioDwashere on instagram or Facebook to see what he's been up to.

The story of a grumpy bus driver taking on a final job, delivering a colourful bunch of psytrance neo-hippies to a festival, and accidentally being confronted with his estranged son, played by Jeroen Perceval, and hence facing his own restricted ideas and prejudices, resonates with our own message of LoveIsMyReligion!

I want to shop this 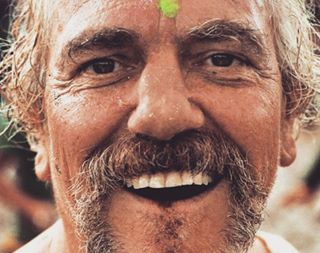 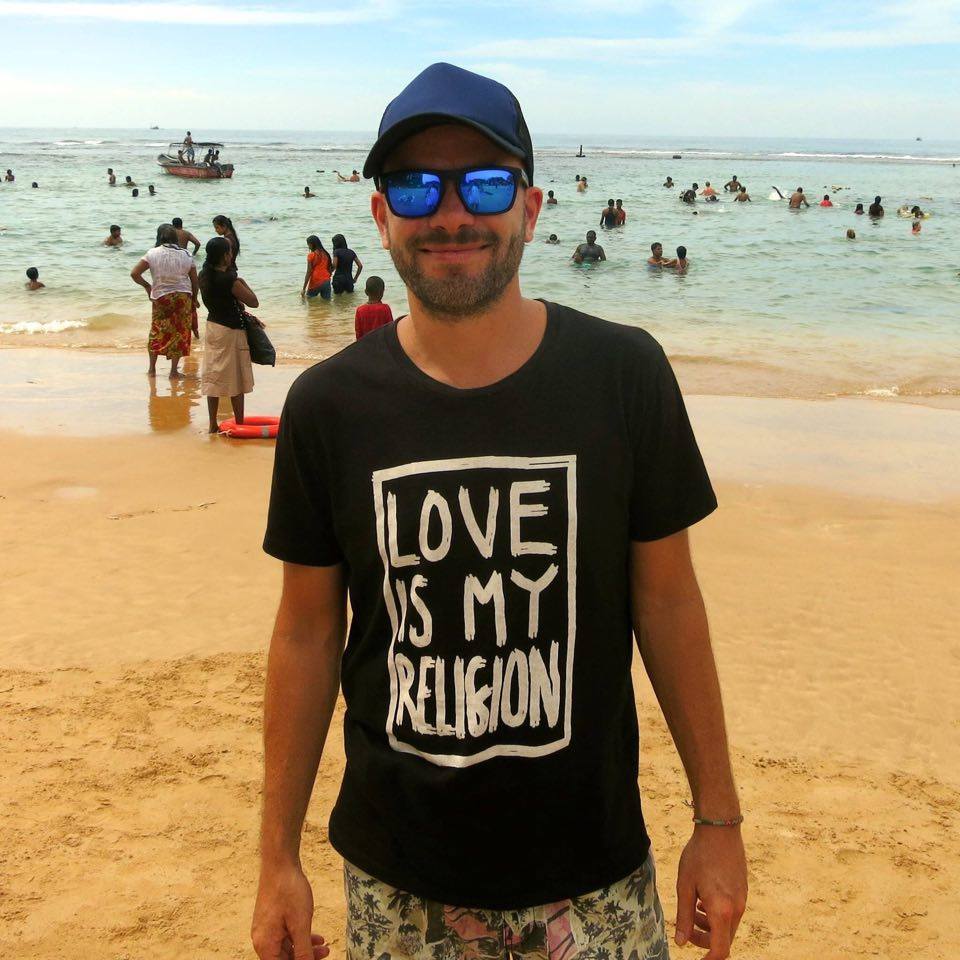 “Reyntjens is one of the big talents of Flemish cinema” – Humo

Raf Reyntjens (°1975) is a Belgian director of fiction,commercials, and videoclips.

In the summer of 2014, Raf recorded his first full length movie, Paradise Trips. The movie focuses on a generation conflict, while inviting viewers and main characters alike to open our minds and hearts to our prejudices.

Raf wrote and directed two short movies before this. A Message from Outer Space won prizes in Belgium, Canada en the US, and even got a US remake. Tunnelrat was part of MoMA’s exposition for the occasion of 100 years of WOI. In both movies a young Mathias Schoenaerts took the lead.

Raf is also an in-demand director for videoclips. Notably his last for Belgian revelation Stromae, Papaoutai, has been watched more than 280 million times on YouTube, making it the most viewed french-spoken videoclip of all time.

Raf is currently working on his second full-length movie, Ponie & The Death of Zorro.